You need to add a widget, row, or prebuilt layout before you’ll see anything here. 🙂

During the ancient times, Samos had been various names, such as Anthemis or Anthemousa, Phyllis or Phyllas, Melamfyllos or Melanthemos, Stefani, Dryousa, and Kyparessia, because of the abundance of flowers, the lush vegetation, abundant acorns and many cypress. Other names that had been given it’s Parthenoarousa, Parthenia, and Imvrassia, because the goddess Hera, patroness of the island, which, according to tradition, was born on the banks of the river Imvrassia of Samos, where they mated with Zeus. The origin of the name Doryssa, that mentioned by Hesychius, is not known. Perhaps these names were used during the period 1666-1181 BC.
Since the history of the island begins, it is reported with the name “Samos”.  It is said that the name “Samos” comes from the Phoenician word “Sami”, which allegedly means “high ground”, a characterization that can be justified by the height of mount Kerkis (1443 m) & the impression that it gave to the sailors when they went past the island.

Samos is the 8th largest Greek island, it is located at the Eastern part of the Aegean Sea, close to the Asia Minor coast, from which it’s separated by a 1,650 m channel.

It is a mountainous island, dominated by two mountains, the wild and rocky Kerkis, with a height of 1443 meters and the green and verdant Ampelos (or Karvounis) with a height of 1,160 meters. There are few plains, largest one being the Chora plain, which is located to the south-east of the island.

During 6th century BC (under the rule of tyrant Polycrates) Samos flourished, it became the center of Ionian civilization, with great technical achievements and monuments, such as the Tunnel of Eupalinus, the temple of Hera, theaters, Polycrates’ palace, the first man-made harbor and his mighty fleet of fast galleys called “Samenas” and others.

At  the end of 15th century CE the island was almost abandoned by its inhabitants, because of the pirate attacks and was re-populated again 100 years later, with the help of the Ottoman admiral Kilitz-Ali who had invited Christian Greeks to move to the island. Since 1832 and until 1912, when the island was united with Greece, Samos was an independent Hegemony and experienced great economic growth, mostly because of its tobacco, tanning and wine industries.

DO NOT MISS AT SAMOS 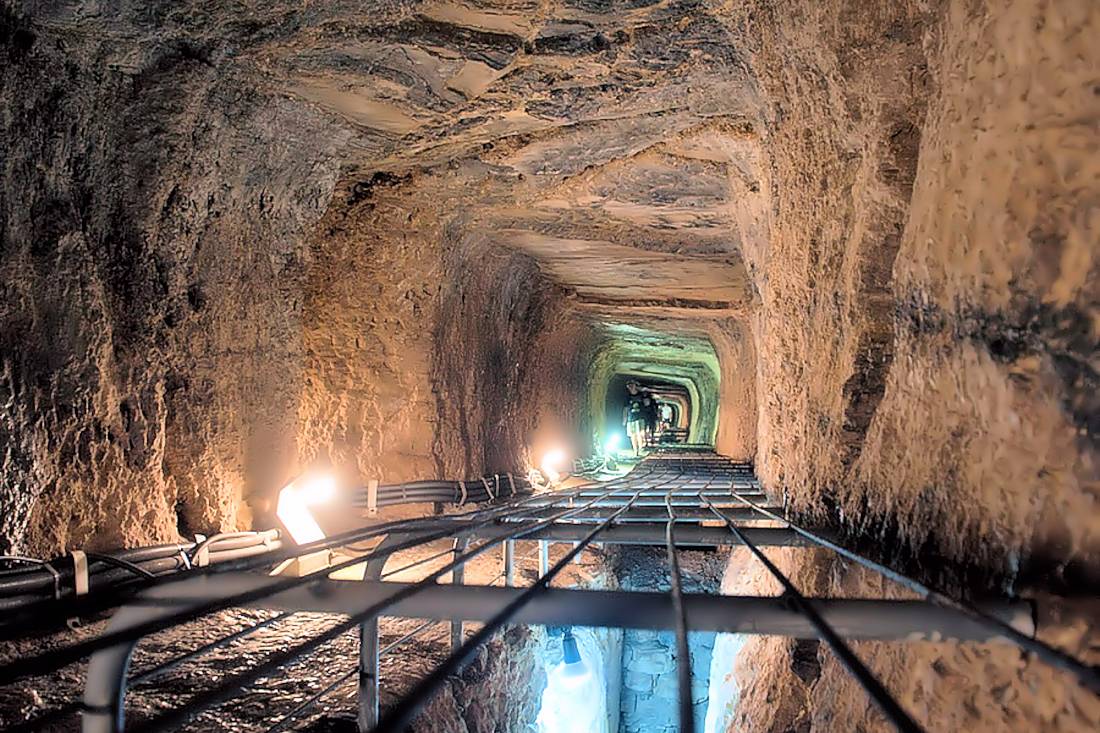 The project took place in the second half of the 6th c BC by the engineer Eupalinos of Megara (in west Attica), during the period of Polycrates tyranny. The aim of the project was to supply water from the source of “Agiades”, (hidden at the mountain away from enemies), to the ancient city of Samos, through mount “Kastron”. The result was a remarkable water pipeline, total length 2,385 meters, of which 1,035 passes through the tunnel.

The Temple of Goddess Hera was the main sanctuary of ancient Samos, and one of the most important of the world at the time. It was built on the banks of the river Imvrasos where the goddess Hera, according to the legend, was born. It’s located at the southeastern coast of the island and about 6 kilometers southwest of the ancient city of Samos (today Pythagorion), to which the holy place was connected via the “sacred road”. 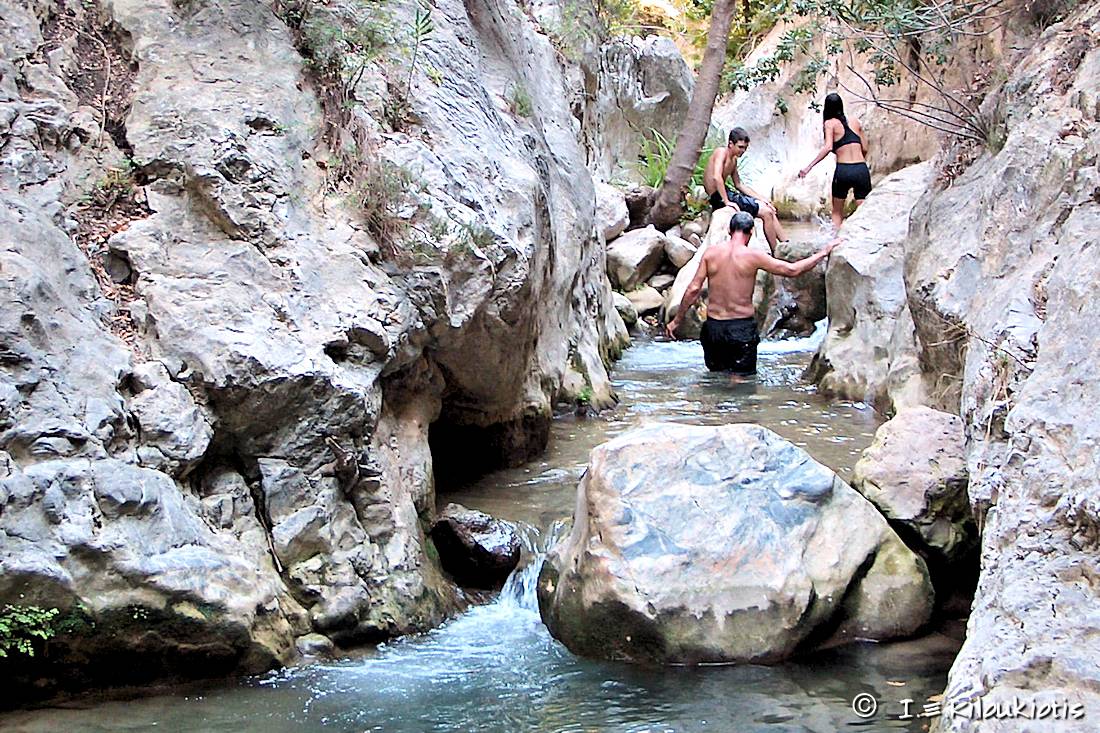 THE WATERFALLS AT POTAMI

The famous waterfalls are located at the northwest side of Samos, 5 kilometers from the center of Karlovasi city, in the Potami area. Undoubtedly one of the most popular Natural Beauty parts of the island. 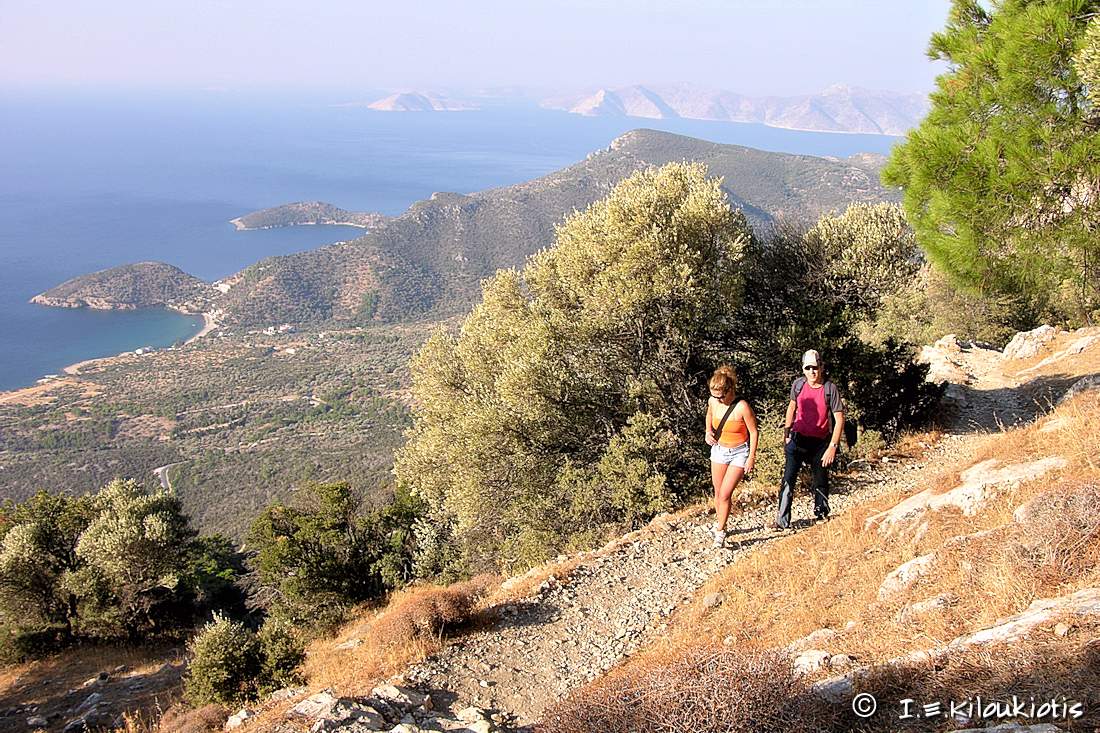 According to author Ep.Stamatiades the mountain’s name derives from the Greek verb “κέρκω” that means “hit with noise”, and it is referred to the sound that the waves produce when they are crushing on its craggy coasts. Another view is that the name has been given after “Kerketes”, tribe from Asia Minor who came as miners. 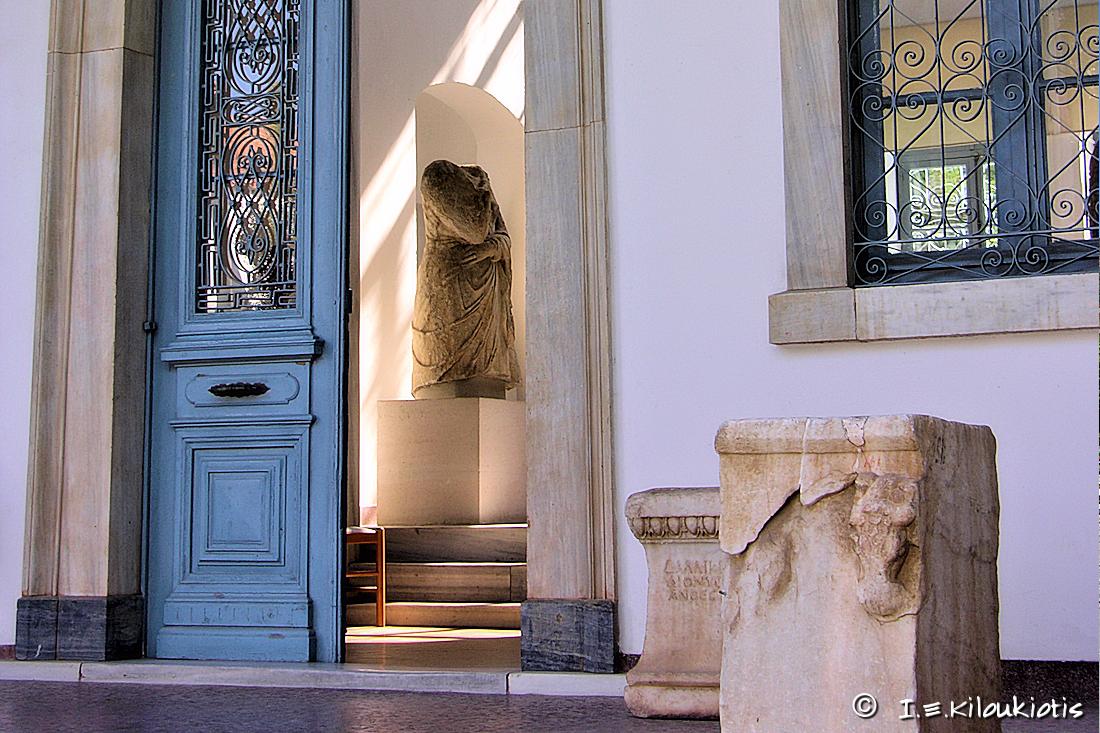 Traces of a centuries-old and important history is etched in every corner of Samos island. Findings from the Prehistoric and Archaic Periods, unique works from Classical, Hellenistic, Medieval and Byzantine, creations from folk art cultures, presented at the modern museums that Samos island featuring. Whoever really wants to understand Samos, its history and its people, he will find an unrivalled cultural experience through traveling into the area and chronological period of Samos culture. 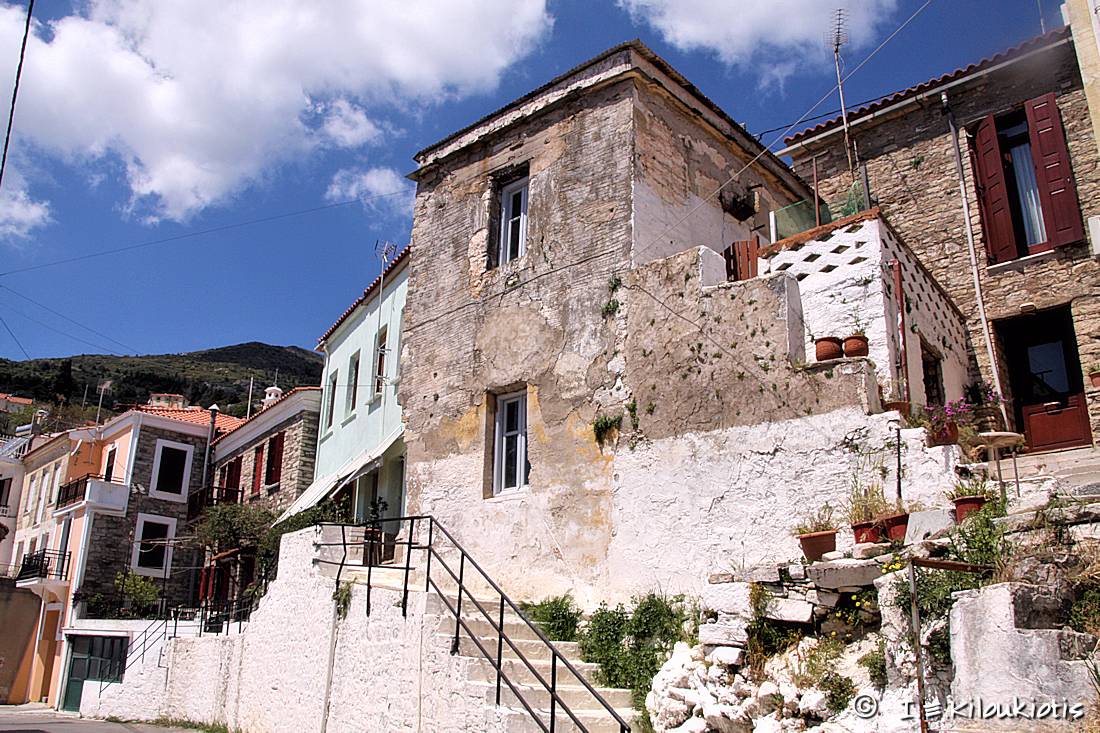 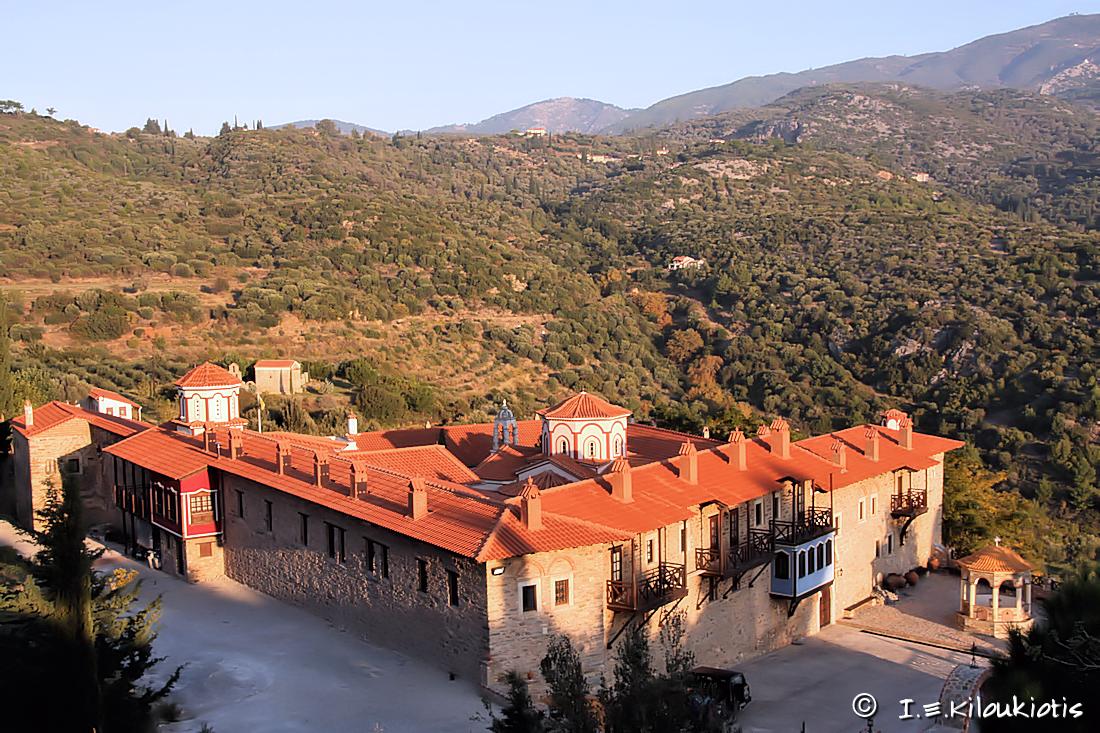 Samos has 17 monasteries, monumental with harmonious proportions, where built in beautiful and evocative sites, witness for the deep religious feeling of Samians but also the expanded cenobitic monastic tradition of Samos. 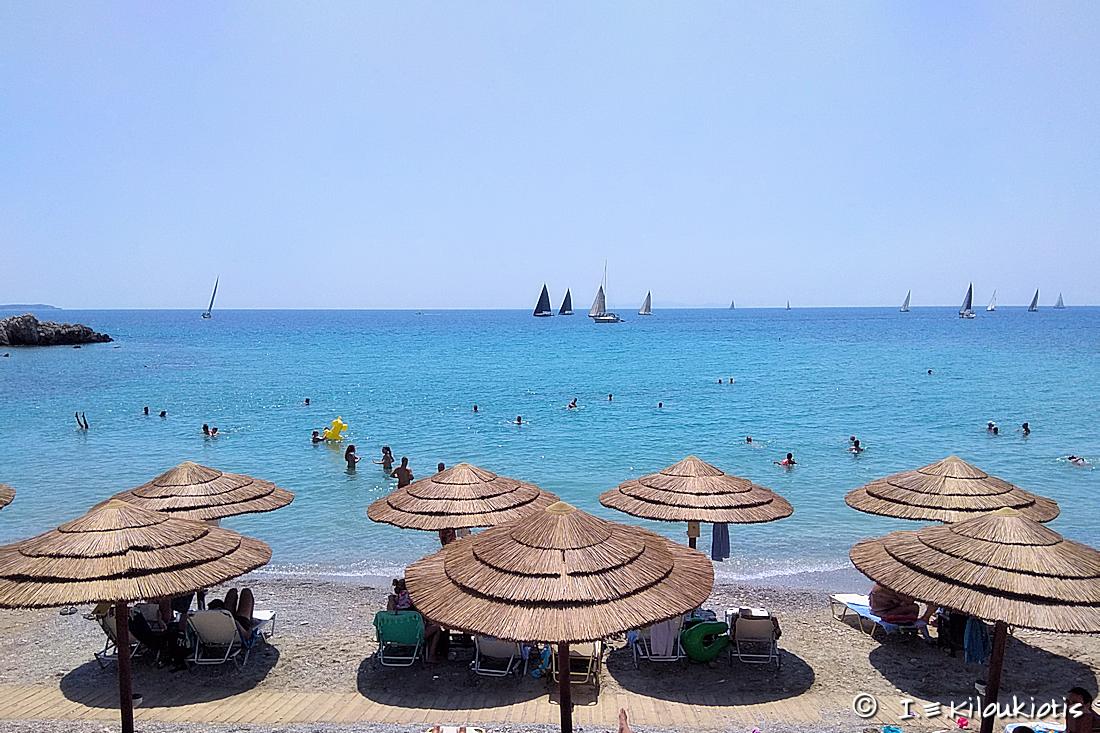 Many travelers come to Samos maybe for the history, the culture, the nature, the monasterys, diving, surfing or even the food, but one thing it’s for sure, the beaches, for relaxing, swimming and sunbathing in the golden sand beaches, with the crystal clear sea. Just select one of dozens different beaches and enjoy it.

How to reach Villa Flora apartments

and we will be glad

to show you our hospitality